Entrepreneurs inject life back into Burton on Trent with almost 30 new shops opened in 2019.

With so much negative media coverage on shop closures, failing businesses and deserted high streets across the country, we wanted to flip it on its head and celebrate the achievement, dedication and resilience of small businesses owners and entrepreneurs who have opened almost 30 new shops, restaurants and town centre businesses in Burton on Trent in 2019 with more planned to open throughout 2020.

WOW that many! who knew…? Amazingly the media doesn’t support the new shops and businesses when they need it most! Rather give them the negative media coverage when it’s too late… 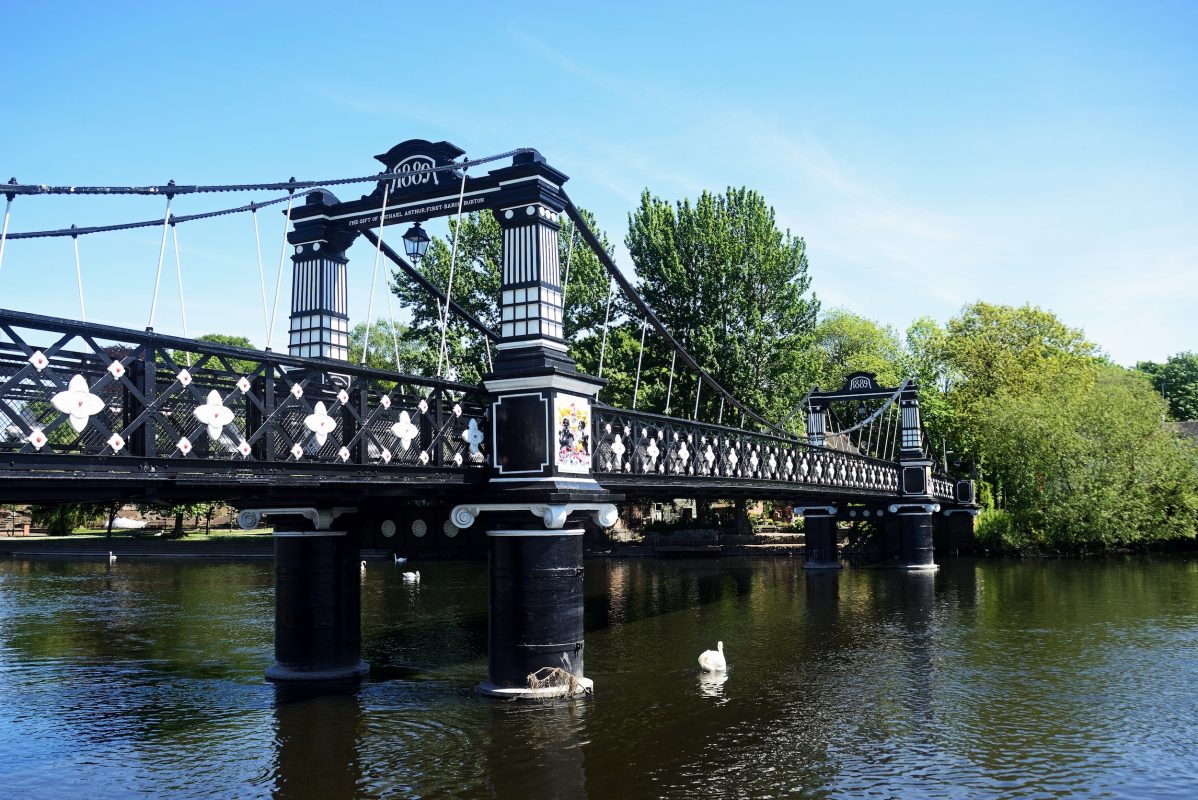 Some exciting big-names such as Burger King, Menkind and Starbucks have all opened, as well as independent stores like Annie Maison, Project D and Lifestyle Hair.

We also have to congratulate the guys over at Alphabet Gift Shop who recently completed the expansion of the Lowercase Coffee Bar! Massive well done to the whole team over on Union Street!

Well done to all the beautifully styled boutique hair and beauty salons and health and wellness centres including: CALM, Hide, Mens Room, Mimi Spa, Safer Sun, Lucy’s and EGO. These beautiful boutiques bring a wealth of style and talent to Burton on Trent. Keep up the amazing work!

Unique coffeehouse has been purposely designed using furniture and homeware found at www.anniemaison.com

It set up shop in the former Thomas Cook unit in Station Street as part of the national firm’s takeover of the collapsed travel giant.

The new Burton branch has seven agents – five of them being former Thomas Cook staff.

The store specialises in furniture and scooters for those with physical limitations, such as “rise-and-recline” chairs and adjustable beds.

Selling all things sweet, it sits in the former Abi’s Kitchen cafe, opposite Carphone Warehouse and Millets.

It will be the first shop opened by owner Remona Walker, who has been running the business through “pop-up” stalls and shops since April, 2019.

The store sells ladies’ clothing, including Italian handbags and jewellery, from “around he world”.

It has opened in the vacant shop next to Wooden Spoon, The Cookshop.

Although not technically a new addition to the town, vaping store Electromist moved to a new home this year.

Women’s fashion firm Fredia opened in the former Greenwoods suit hire shop, which had been empty since just before Christmas 2018.

This opened for business in November.

Another shop opened on the same weekend as the previously mentioned Freida, Happy Nails.

The salon set up shop in the unit left vacant when model trains, boats and planes store The Model Shop closed in October 2019.

The gift and gadget shop has more than 60 shops across the United Kingdom and has now opened in the former Ann Sumers shop.

Menkind specialises in original gifts and gadgets that range from licensed products to personalised items and tech.

Owned by a nurse from Queen’s Hospital, Burton, it sits between jeweller GV Hardwick and Sons and the Hillfield Animal Home RSPCA shop in High Street.

They offer fitness group and practice sessions, as well as the opportunity for the space to be rented for private use or events such as hen nights, birthdays and – according to bosses – divorce parties.

Mainly selling homeware and kitchen equipment, including brands such as Stella and Sabatier, Wooden Spoon, The Cookshop also stocks a specialist range of pop culture goods, gifts and games.

These include big names such as Marvel, Game of Thrones, Stranger Things, Deadpool and Harry Potter, among others.

This was in the former Paper Kisses unit.

It sells all manner of things from clothing, shoes and books to CDs and gadgets.

The LoveInspire Foundation is a registered charity set up to relieve and prevent poverty in Burton.

A Bunch of Blooms

Florists A Bunch of Blooms opened in Station Street in February 2019.

It is based in the unit where the popular Rumbletums Cafe suddenly closed in September 2018, between restaurants Balti Towers and Exquisite.

Five jobs were created as the chain moved into the unit left vacant by fellow fashion firm Quiz, which closed in October 2018 after its lease expired.

Ladieswear specialist Klass is a family-owned business, first established in 1985 and has more than 170 stores and concessions across the United Kingdom and Ireland.

The store has plenty of tasty treats on offer, with cakes completely egg-free, giving them a light and fluffy texture.

They are decorated with fresh cream, fruit and chocolate and can also be personalised for special events.

It is the sole store currently owned by Andy Lovett, from Stoke, who has worked in the supply trade market for the past seven-and-a-half years.

The store sells brand new furniture at bargain prices, as items are either excess stock or end-of-line products.

365 Bargains opened their third store in the centre, following success in both Nuneaton and Loughborough.

The shop stocks everything from white goods and electrical items to toiletries and garden accessories.

The store sells all manner of high street goods such as Coca Cola, Pedigree, Heinz, Kellogg’s and Cadbury’s, with all products priced at £1 or less.

A new outlet of Starbucks opened in the former Little Chef restaurant along the A38 near Barton under Needwood in April.

The coffee shop, which opened next to the Travelodge, created 15 new jobs.

The fast food giant opened in the unit on the corner of Station Street and Worthington Way in April 2019.

The cafe business moved into the prime slot in the middle of Coopers Square shopping centre, which formerly housed Patisserie Valerie.

It opened in May is owned by Burton businessman Martin Ganley and offers similar products to the former site, including jacket potatoes, sandwiches, freshly made cakes and quality coffee.

Food from Europe to Asia aimed at communities from a range of ethnic backgrounds opened in Burton in April.

Pakeeza Foods opened its doors in Uxbridge Street, welcoming its first customers wanting to stock up on Asian, Caribbean, English, Turkish and European ingredients and dishes.

It also offers fresh fruit and vegetables, meat and fish.

The former next store in Coopers Square shopping centre next door to retailer Primark was transformed into You Know Who’s in May.

It specialises in selling former high street fashion and footwear for the whole family, as well as homeware.

It opened as a combined Brantano and Lambretta store, selling goods branded with the famous scooter mark.

The store, which stocks shoes and other clothing along with wallets and bags, sells all goods at a discounted price , with many products reduced by at least 50 per cent.